How coronavirus is impacting outdoor activities, and how to combat it 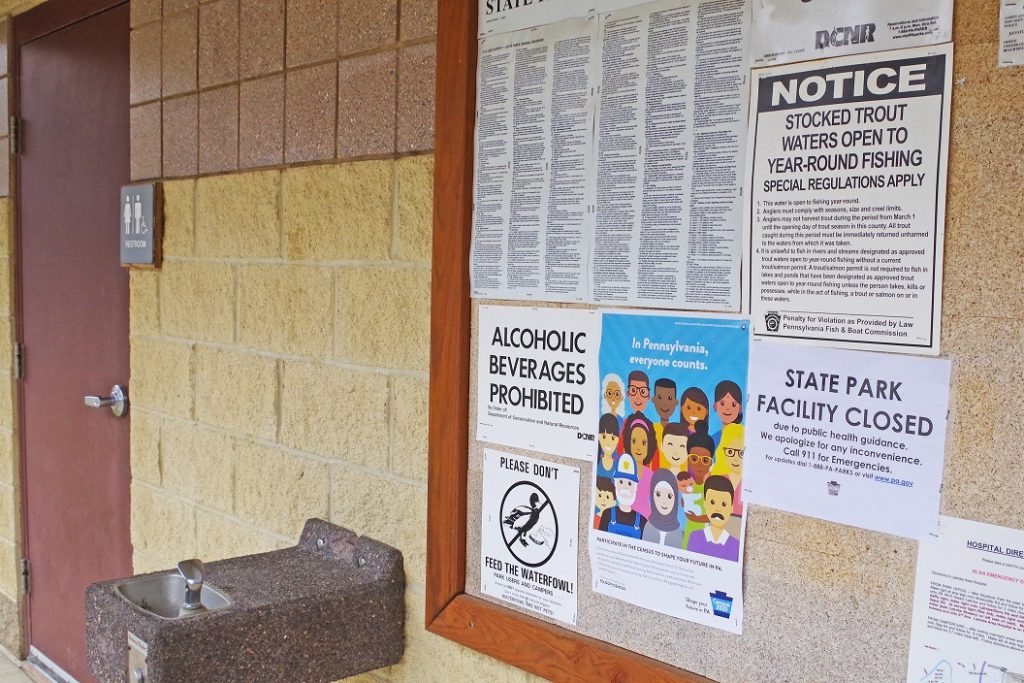 The outdoors arena isn’t being spared in this world gone crazy.

The coronavirus pandemic that has people all over the world suddenly working from home, treating every sneeze like it’s a hungry lion’s ominous roar and frantically searching for toilet paper and hand sanitizer is hammering outdoor-related events and activities.

Cancelations and postponements are the order of the day.

Look at what’s happened just in the last week or so.

– State park and forest officials in Pennsylvania, New York, Ohio, Montana and Louisiana, among others, canceled public programs and shuttered facilities ranging from restrooms to visitor centers. In many of those places, trails, boat launches and the like remain open, as do some campgrounds.

– But that’s not the case everywhere. Other states, like Illinois and New Mexico, completely closed all public lands to access.

– BASS canceled tournaments in Texas and Alabama outright. FLW and Major League Fishing initially planned to go ahead with its tournaments, albeit with no public participation from fans, before deciding to shelve them completely until early April. FLW simultaneously canceled all of its high school and college events.

– National Archery in the Schools Program tournaments – where middle and high schoolers compete for the right to go to a national championship – are on hold or outright canceled in states from Alabama to Pennsylvania.

– Outdoor Life/Field & Stream outdoor expos set for Ohio and Wisconsin are canceled, with chances of rescheduling to be determined. Meanwhile, the organizers of Canoecopia, the world’s largest paddlesports expo, pulled the plug on that event in Wisconsin just 24 hours before it was to begin. Saltwater fishing shows in New Jersey and Rhode Island are also shut down.

– State fish and wildlife agencies from California to Pennsylvania are encouraging people to buy hunting and fishing licenses online rather than in person.

– The Rocky Mountain Elk Foundation, Ducks Unlimited, Quality Deer Management Association, Backcountry Hunters and Anglers and other sportsmen’s organizations canceled all fundraising banquets and other events, some until mid-May at least.

– Officials with the Pope & Young Club canceled their annual convention. So, too, did their counterparts with the National Rifle Association. The Council to Advance Hunting and the Shooting Sports moved its national R3 symposium from March to August.

– REI closed the doors of its brick and mortar stores through at least March 27. Many other sporting goods dealers – from national outfits to small business — are doing the same.

– And talk about concerns over social distancing. The Nepalese government even closed all spring climbing expeditions on Mt. Everest.

Fortunately, there are still lots of things outdoors-oriented people can do to have fun and maintain peace of mind. Here are some ideas.

Medical experts are cautioning people to avoid close contact with others. Social distancing, that’s the buzzword.

Well, shoot, that’s how most outdoors oriented people roll all the time.

So go for a hike, alone or with just another friend or two. Head to the nearest lake or stream and fish a while. Sit in the back yard and watch the birds at your feeder.

The virus warrants caution, for sure. But the health benefits of being in nature are real, too.

If you can’t get out, make the most of your time in.

This is an opportunity to organize your tackle box and see what lures, hooks and baits you have and what ones you need. The same is true with your camp kitchen box.

You can also clean any rifles or shotguns that got put away dirty, tune arrows, mend or waterproof the seams on tents and backpacks and more.

In short, do some of the chores you were putting off because you were too busy actually going outside.

A friend recently loaned me a book about outdoor adventures, as told by a legendary documentary film maker. It’s an interesting, and sometimes graphic, read.

I’m going to pass it on to someone else next.

But there are plenty of other books out there – in print or online – than can satisfy your craving for outdoor experiences. Read one.

And if reading’s not your thing, watch an outdoor show or documentary on TV.

But you’ve got to learn them before you can try putting them to use. And this is a good opportunity to start educating yourself.

Many reputable survival schools, bloggers, outdoor retailers and the like post videos online teaching everything from starting fires to treating water to casting a fly line. Spend some time educating yourself on what they do and how they do it.

Whether you fish or camp or carry a kayak on top of your vehicle, there are lots of really useful knots worth knowing how to tie.

Too often, though, people don’t take the time to learn them. Or they learn them, use them, then forget them again.

Now’s a good time to practice those you use, or think you’ll use, most often. Grab a piece of clothesline or paracord or something similarly big that’s easy to manipulate. Go online, checking out some of the many resources that walk you through knots.

As you get better, you can drop down to using fishing line or something smaller.

Anyone who’s ever left home to go on an outdoor adventure has, at some point, left some critical piece of gear behind.

It might be your sleeping bag, or the new flies you bought but hadn’t yet put in your vest, or your matches. Whatever. It happens.

One way to minimize the chances of such disappointments, though, is to make checklists of gear needed for every kind of outing. They’re great for consulting them when packing.

If you’re stuck at home, traveling and eating out less often, that’s going to save you some money if nothing else.

So figure out how else you might want to spend it.

If you’ve been thinking about picking up a new toy – a backpacking tent, canoe, fishing reel, deer rifle, or whatever – check online and see what reviews exist. Study your options. See what sounds good and what doesn’t quite measure up.

That might allow you to make better decisions when stores are open again.

This whole coronavirus pandemic won’t last forever. Eventually, we’ll be back to normal and outside again.

In the meantime, don’t let it keep you from the outdoors you love most.