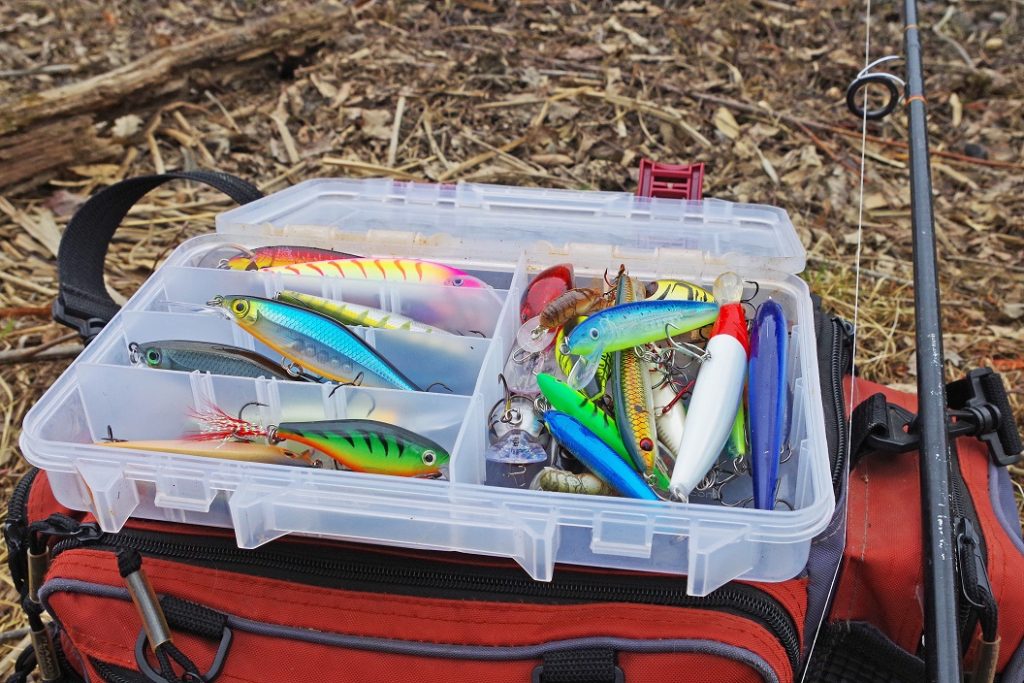 They’re a toothy, often aggressive and sometimes large exception to the rule.

Saugeyes are a cross between a female walleye and a male sauger. Generally, fish culturists produce them in hatcheries.

They’re different than most such man-made creations in one way, though. Whereas most hybrids are sterile, saugeyes can at least occasionally reproduce on their own.

That’s not why hatchery managers or anglers like them, though.

The former are fans because the fish are survivors.

“Saugeye are highly adaptable to most lake and river environments and are tolerant of turbid waters,” says Ohio’s Department of Natural Resources.

The latter like them because they grow fast and get big. While most run up to 18 inches, Ohio’s state record saugeye weighed 14.04 pounds.

Once stocked in many states – from Pennsylvania as far west as Oregon – they’re mainly a fish of the Midwest these days, with Ohio a real hot spot.

That’s where Troy Becker pursues them. The Buckeye State man fishes for a lot of different things, but counts saugeyes as his favorite in part because they fight so hard.

“You will be surprised at the vicious hits you get a lot of times,” Becker said.

Jerkbaits are one of Becker’s go-to tools for catching the really big saugeyes. That’s true year-round, but especially right now, when water temperatures are often still in the 40-degree range.

He throws them on a 6-foot, 8-inch to 7-foot, 2-inch rod spooled with 10-pound braid. He adds a fluorocarbon leader if the water is exceptionally clear, but doesn’t worry about it otherwise.

His jerkbaits themselves run from 2 or 3 inches in length on up to nearly 6.

Saugeyes hit them all at various times, Becker said.

But here’s the thing.

Jerkbaits – while awesome for Ohio saugeye — travel the country and work for lots of other species, too, from largemouth bass, northern pike and walleyes to sauger, hybrid striped bass and flathead catfish.

That’s if you fish them right, Becker said. And there are some tricks to that.

For starters, when it comes to fishing really cold water that was perhaps covered in ice just weeks ago, Becker tunes his jerkbaits. Just not how you might think.

Commonly, “tuning” a jerkbait means taking it out of the packaging and running it through the water to make sure it tracks straight. That’s fine, Becker said.

But he goes a step further at this time of year.

When he gets to where he plans to fish, Becker takes a few rocks and builds a small pool on the shore. He puts his jerkbaits – which rode in his 55-degree vehicle — in there and lets them sit, sometimes as long as 40 minutes, before using them.

He believes they won’t roll and shimmy properly otherwise.

“Acclimate that bait to the water. That’s the key to putting that bait in the water and it working right,” he said.

Next, Becker adds lead weights – strips, though dots are also available – to the midpoint of his lures.

Then he trims them, a tiny bit at a time.

He’s got a specific goal in mind.

“You’re going to start nipping corners of that weight. And every time you nip a piece off, you put the lure back in the water and pull it down,” Becker said.

“Your goal is to nip enough weight off so that when you’re done, and you pull that lure in the water, it doesn’t ride up or down. It should just sit. That’s the goal with super cold jerkbait fishing.”

He fishes those now suspending lures using a technique he calls “dead sticking.”

He cats the lure out, reels it down to a particular depth, then lets it sit. And sit. And sit some more.

Most often he lets it motionless for five to 10 seconds, “though we’ve been known to fish these sometimes 60 seconds without moving them.”

Even then, when he does move the lure, he twitches it just a bit, so that it sort of rolls in place.

Shad and other bait fish in the water at this time of year move slowly, Becker said. A jerkbait should mimic that.

“That’s what the fish are looking for,” he added.

His third trick with cold water jerkbait fishing is to work the lure that way all the way back to the bank.

That produces results. His personal best saugeye – a fish that weighed 11 pounds, 2 ounces – hit within two and a half feet of shore.

“When you get to the shoreline, don’t just lift up and prepare for your next cast. Hold it there, stop, let it sit for a five or six count, then give it one more roll before you start to slow lift it,” Becker said.

“I’m going to tell you, I’ve been soaked by big saugeyes right at my feet. You think they aren’t interested and they show up out of nowhere to explode on that jerkbait.”

Becker doesn’t put his jerkbaits away as the water starts to warm.

They don’t necessarily need tuning in the same way once water temperatures reach the mid-50s, he said. And they can be worked faster.

But they still work.

He casts them out then, pulls them down to the depth he wants, lets them sit just a second or two, then reels in a bit, repeating that sequence all the way back to shore.

Even later in summer, one of his favorite things is to cast jerkbaits just at and after dark. He removes the weight then, so that the baits float to the surface when he stops reeling.

When their backs just dimple the water’s surface, he moves his rod tip to make them dart back down.

“Usually, right when you take off from one of those little pauses is when you get a hit,” Becker said. “If you’ve never tried that, it’s so much fun.”

Come fall, he slows things down again, so that he ultimately ends up dead sticking just before winter as he was just after ice-out.

“If you’re not putting a jerkbait into your arsenal, you’re missing out on probably a third of your fishing chances for saugeye,” he said.

And for other fish, too. So who’s ready to try one?