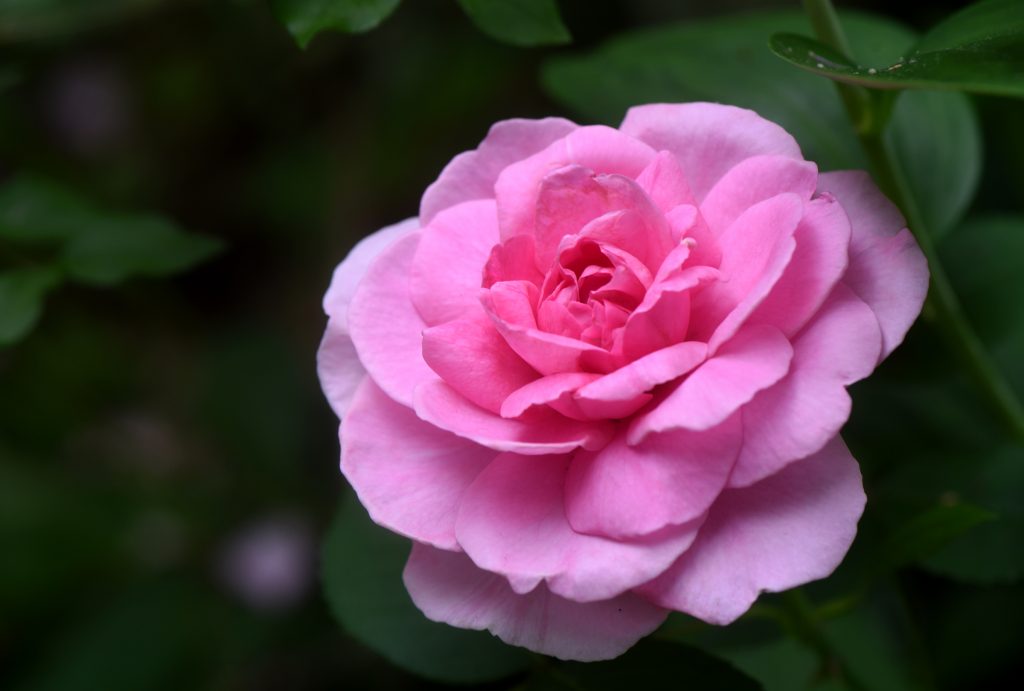 Michael Marriott is an organic gardener and says roses can easily be grown that way. The technical manager and senior rosarian has been growing roses without chemicals for over three decades.

“People don’t want to spray roses anymore, and it’s something I’ve never ever done to roses in my own garden,” he says. “The secret to growing good roses is to prepare the ground well. That means working in organic matter like compost or well-aged animal manure into the planting hole.

For good root growth, Marriott also advises gardeners to add mycorrhizal fungi, which can be found in products at garden centers and nursery. He also says mulching is very important to keep the soil evenly moist. The mulch should not touch the base of the plant but a thick layer over the roots will benefit the plant. There are organic fungicides like Serenade that can help ward off fungal issues like blackspot.

At a recent visit to Windsor Castle to check on 200 roses the company planted last year, Marriott noticed that “Olivia Rose Austin,” and other varieties bred for disease resistance, were free of blackspot.

Choosing a cultivar known to fight off disease is another good tactic when planning to add a rose to the garden.

“People are scared of pruning,” he says.

It’s an important job, which he says is relatively easy. Taking out old tired stems will help the plant’s overall health. As far as watering is concerned, add moisture at the base of the plant in the morning. This allows the foliage to dry off during the day. He disregards some of the old rules about pruning roses.

“We chop away to a nice-looking plant and remove the deadwood,” he says with a laugh.

“Gertrude Jekyll” is named for the famed English gardener, designer and garden writer. Although it’s susceptible to black spot, it can be kept healthy with good cultural practices and it can be worth the effort.

“I think it’s one of the most beautiful roses there is. The fragrance is just the best really,” he says. “When that’s finally in flower, I think summer has arrived now. Don’t get too worried about a little bit of blackspot here and there.”

Most roses only need about six hours of sun for good blooms.

“We put the cutoff point at four hours,” he says. “Most Austin roses will be fine with six hours.”

Morning sun is best if the plant can be sited that way.

One of the rose gardens he designed at Kew is under a huge old apple tree.

“It doesn’t bloom hugely but still looks jolly good,” he says of the roses in the garden.

To be working with roses and gardeners makes him happy in his job.

“Having the chance to be surrounded by plants is just so good for the soul, isn’t it?” he asks. “Gardeners around the world are generally delightful people.”

When asked what he hopes the gardeners get out of growing these roses he says, “Great pleasure, it’s as simple as that, something beautiful to look at and something delightful to smell.”

Doug Oster is editor of Everybody Gardens, a website operated by 535Media, LLC. Reach him at (412) 965-3278 or doster@535mediallc.com. See other stories, videos, blogs, tips and more at EverybodyGardens.com.