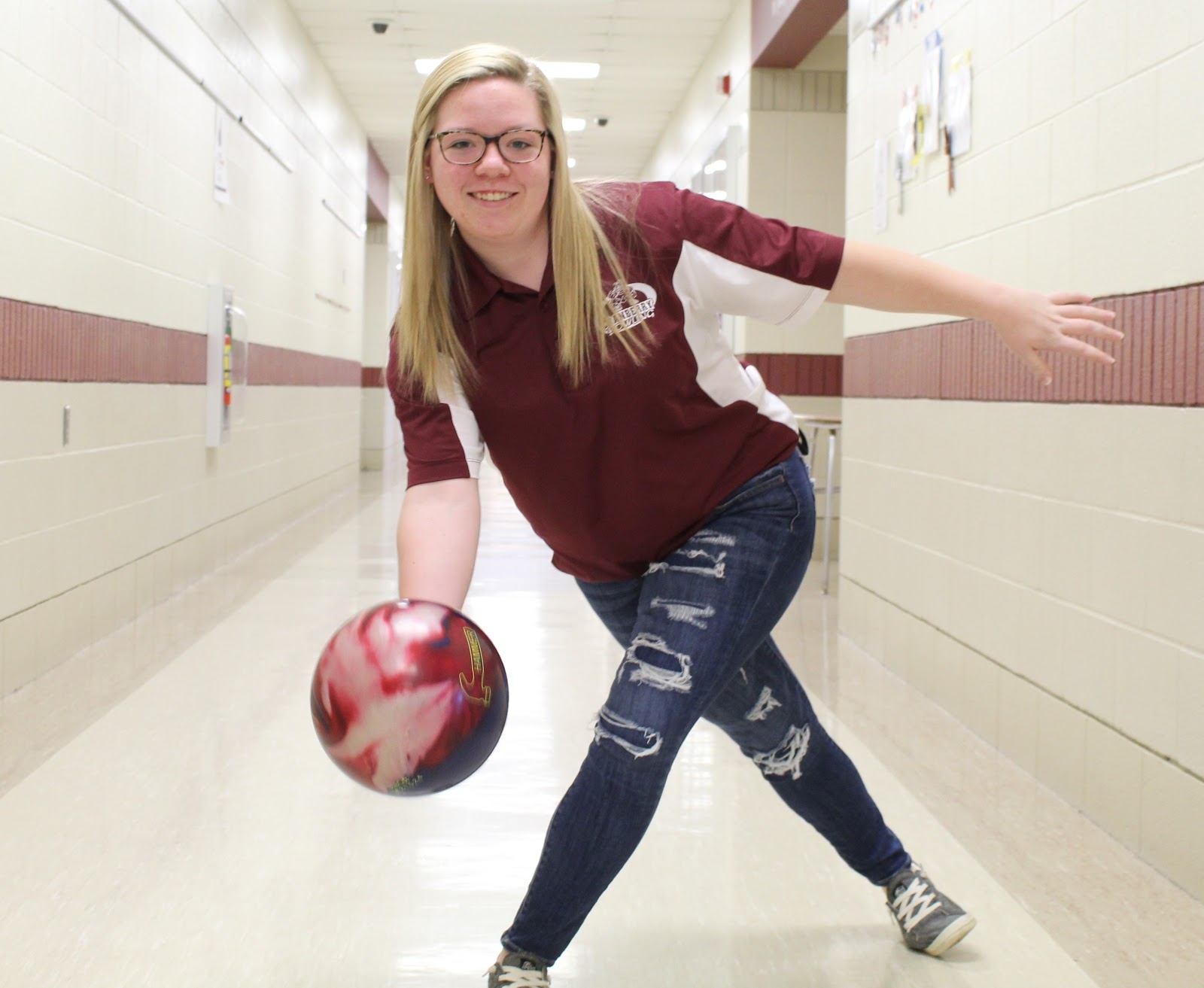 Andrea Ziegler poses after her perfect score in a bowling match. (By Gabe Dresbach/Student contributor) 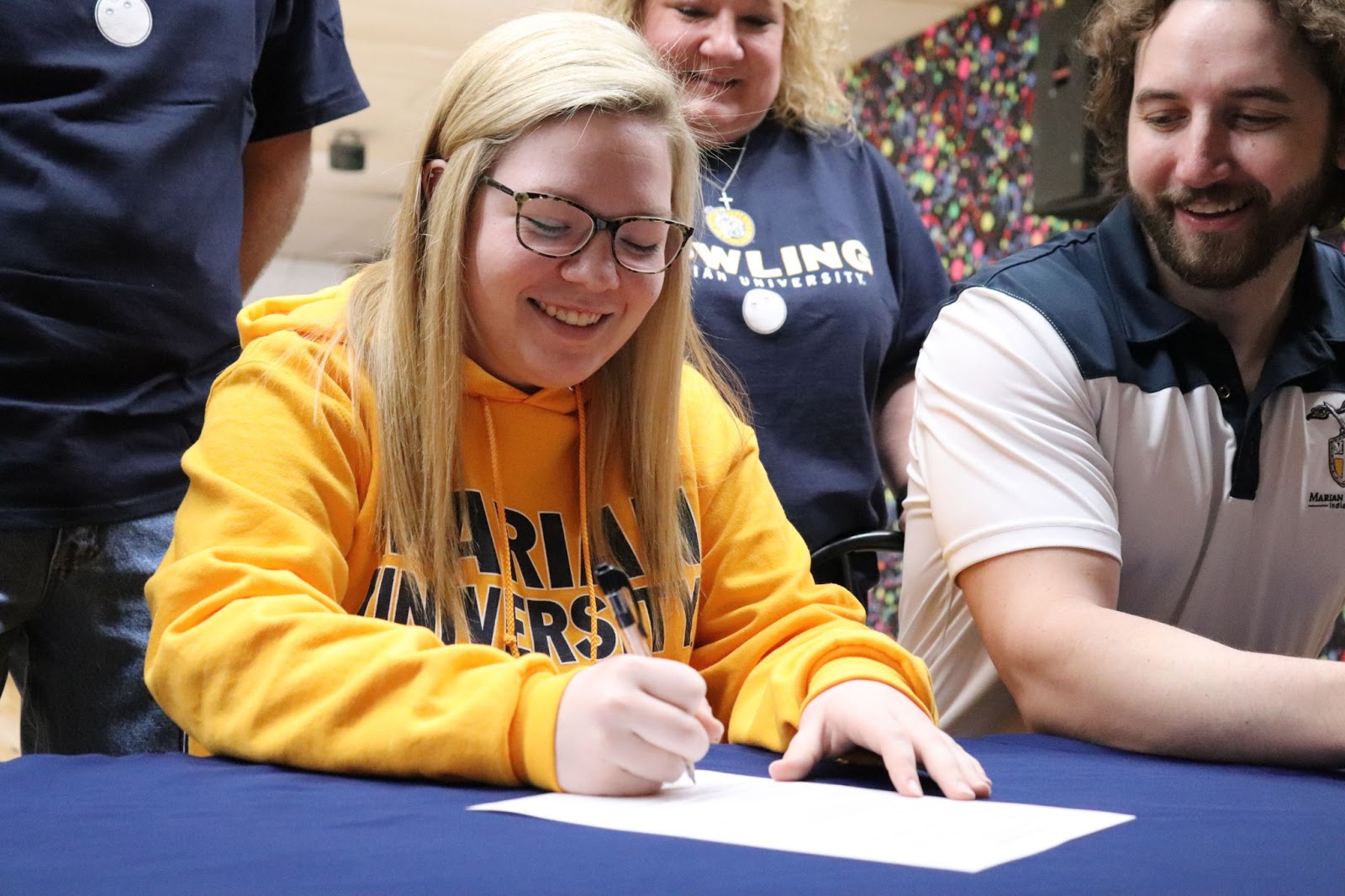 Andrea Ziegler, a Cranberry High School senior, has dreamed of a perfect score, and on Feb. 9, she made that dream come true in a high school match.

In a junior bowling league since she was 4, Ziegler said, “I have been bowling since I could walk.”

Ziegler has joined a sort of family tradition of bowling a 300. Her grandfathers, father, and sister have all accomplished this, adding to this accomplishment’s meaning.

Along with her major bowling accomplishment, Ziegler signed with Marian University of Indianapolis on April 10 and will begin bowling for the Marian women’s team in the fall.

Ziegler says that although she will be seven hours from home, Marian University feels like her place and that she knew this after spending some time on campus and meeting the bowling team and its coaches. Ziegler is excited to call Marian University home for the next four years.