Trekking Down into Tionesta 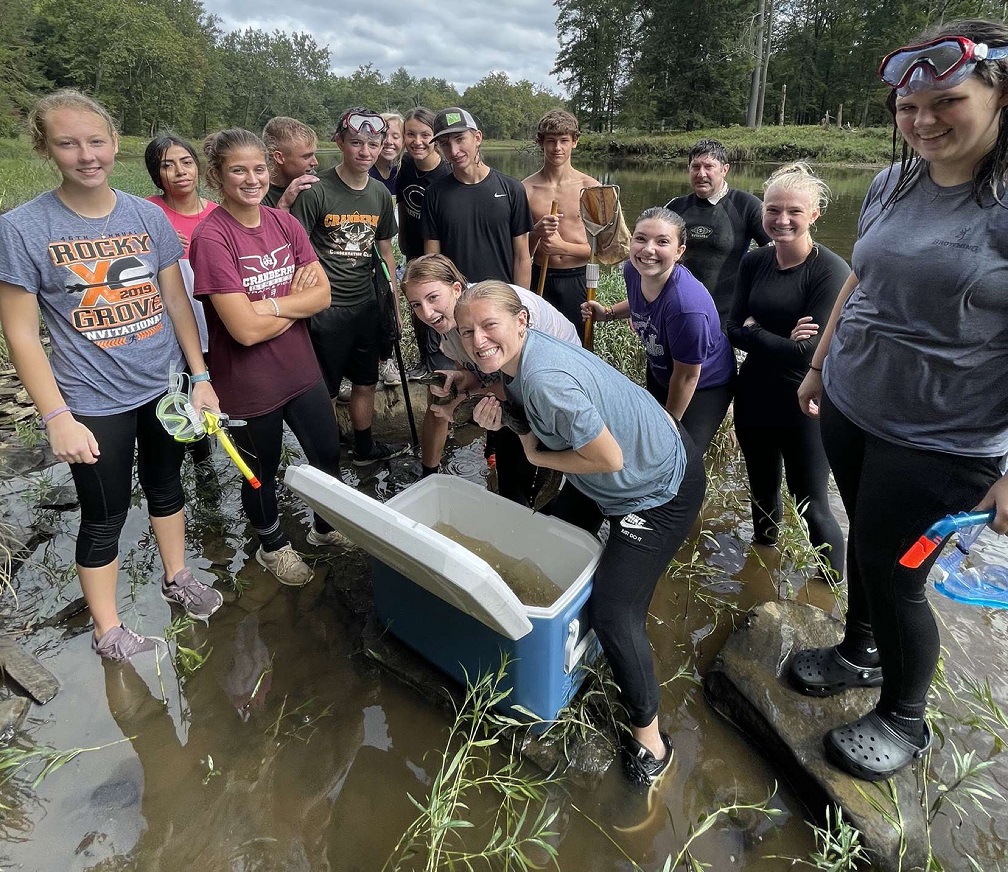 As the first hints of autumn began to encompass Cranberry High School on Sept. 16, students from Conservation Club trekked down to Tionesta to search for various types of salamanders, mudpuppies, mussels, and the illusive hellbenders.

Led by teachers Dustin Wenner and Rob Anthony, and Dale Luthringer, a DCNR Education Specialist, students had the opportunity to discover species such as northern slimy salamanders, red-backed salamanders, and the American toad hidden beneath plate-sized rocks or fallen logs. Conservation Club members were also introduced to a number of different mushroom species in Tionesta’s forest before making their way down to the creekside.

Wenner said, “What I enjoy most about this trip is seeing the students actively engaged in their learning. I love the look on the students’ faces when we pull a 22-inch salamander out of the stream. Even a lot of our outdoor students don’t realize that these amphibians existed in the streams they’ve fished in their entire lives.”

After wading into the somewhat chilly water, students began to lift various large rocks in hopes of finding a creature beneath. Though much of the trip was spent without much luck, two mudpuppies, a handful of mussels, and two hellbenders were caught, measured, and recorded. The male hellbender measured approximately 17 inches, while the female came in at a whopping 22 inches.

Following a brief lunch, students were transported back to the school. However, this wasn’t the last of Conservation Club’s adventures. Soon enough, the remaining members of Conservation Club will make their way outside to stock pheasants in public hunting grounds.